An over-the-top (OTT) media service is a streaming media service offered directly to viewers via the Internet. OTT bypasses cable, broadcast, and satellite television platforms, the companies that traditionally act as a controller or distributor of such content.

OTT (Over the Top) media services that offer direct streaming services to viewers have been gaining popularity worldwide. The top rank in this field has been held by Netflix and Amazon Prime, which remain popular worldwide. However, In India, the scenario is quite different for the OTT industry. As per some reports, the Indian streaming platform Hotstar is the most popular OTT platform in India due to the live streaming of IPL and other major cricket matches then 2nd spot is taken by Amazon’s Prime Video for their popular series like Mirzapur, made in heaven, etc and 3rd spot is held by SONYLIV which mostly offers popular reality tv shows while Netflix ranks 4th and I know web series like sacred games has increased popularity of Netflix in India but still it ranks fourth due to their high pricing as compared to others.

The popularity of some OTT platforms have been increasing with the emerging of some Indian OTT platforms like ALTBALAJI, Voot, ULLU and these are directly giving competition to these major foreign players like Netflix and amazon prime due to their Regional content and knowledge about what the Indian audience wants to watch and in order to tackle or compete with these Indian OTT platforms. Netflix and Amazon had started to showing original series like Sacred games by Netflix and the family man by amazon prime which have received an overwhelming response and appreciated by the Indian audience.

The reason behind the increasing number of OTT platforms

These OTT platforms like Netflix and Amazon are quite popular outside India But the Indian market is not easy to understand that’s why Netflix has suffered a failure in India at the starting because they are not giving relatable and original content to the Indian audience. In India, particularly the youth is tired of seeing repetitive drama and plot of TV soaps and there is a diverse population in India having different taste, different culture, different interest, etc, it would become difficult for this OTTplatform to analyze what type of content produced for the Indian viewers but after analyzing it get to know that Indian audience wants more organic, more regional and more relate-able content, and in the view of these things many OTT platforms are focusing on making original series according to their tastes as well as by providing regional language films also on their respective Apps.

Another factor affecting the popularity of this ott platform is its respective pricing policy. Many of us know that Netflix has suffered in India due to their pricing policy too. As the other Indian players offer subscription at the affordable rate through it they manage to increase their market share. Some of them are even providing free content on their platform and due to that Netflix has to change its subscription rate to take over them.Now, Netflix is offering at 199/device through only that they are able to compete with this Indian ott platform and slowly increasing their market share.

These ott platforms have been gaining popularity due to some of their web series which were very much popular among the youth in India and only these websites have become a source of interest in the original series by the people. Well, there are many ott platforms having different webseries but I mention only a few which are most popular among people of different ages.

Amazon prime video-Mirzapur, Made in heaven

In the era of digitalization and having the availability of affordable data and love for digital content by Indian audience there is an increase in these platform from the past 1–2 year and also these platforms also focuses more on original content which quite becomes a success factor for these ott platform to make the web series popular among youth and these platform also spend more on advertising because the competition has become tough and it interesting to see what kind of strategies these OTT platforms will follow in order to attract more audiences to their channels. In the next 4–5 years, India will see significant growth in the media and entertainment industry and this ott platform will play a major role in that by providing original and personalized content to the audience. 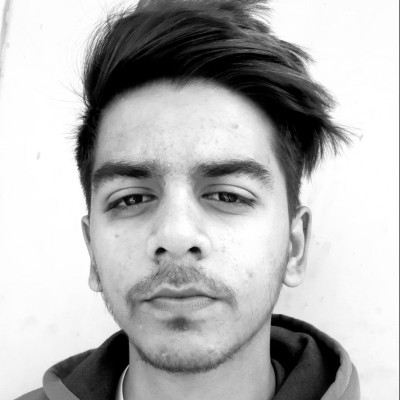 Hey, I'm Ayush Arya, a blogger and also the creator of THE MILLENNIAL.
[email protected]
http://themillennial.co.in